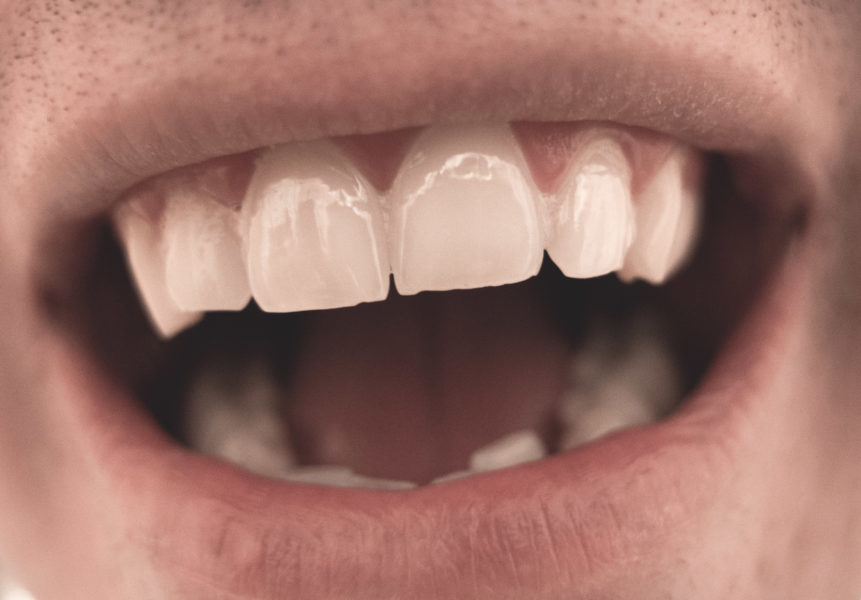 You know that feeling that comes out of nowhere like you have something stuck in your throat? You haven’t eaten in hours and you’re absolutely positive it’s not strep throat. Well, it could be tonsil stones, which are about as fun as they sound. It’s very rare that they cause bigger health issues but they can still be uncomfortable. The real questions are: How do they get there and how do we get rid of them?

What are tonsil stones?

Their scientific name is tonsilloliths, and surprise surprise, they’re formed in the tonsils. Our tonsils are really important, although we only seem to notice them when they’re causing trouble. Tonsils are crevices and pits (often called tonsil crypts) in the back of our mouth that are made up of specific tissues. These tissues actually help our immune system by fighting off and preventing infections. Unfortunately, these crypts can get filled. All kinds of things can get trapped in those crevices like mucus, dead cells, and food. Gross, isn’t it? This debris is full of bacteria and the more it goes untouched, the more builds up. Over time, they harden and essentially become calcium deposits or tonsil stones. They range in size from maybe a single grain of rice to even the size of a grape. There can be multiple tiny tonsil stones or a larger one, but they’re usually a white or yellow color.

Several things can cause tonsil stones. If a person has large tonsils in general, they’re more susceptible to getting debris trapped in them, causing tonsil stones. Someone with chronic sinus issues is also more likely to get them because they’ll have more mucus travelling through their sinus cavities and into the mouth (aka sinus drainage which often causes sore throats), which loves to hang out in cozy tonsils and harden into stone. There are also the unlucky ones who suffer from chronic tonsillitis, which is the inflammation of the tonsils, opening up to more debris to turn into tonsil stones. However, the most common cause of tonsil stones is poor oral hygiene.

What are the symptoms?

Most people who have tonsil stones don’t even realize they have them until they cough them out. The smaller stones often don’t cause as many symptoms as the larger ones. Some people don’t ever experience more than a case of bad breath, since foul odor is the most common symptom. This is because the stones are made up of bacteria and fungi. The more it hangs out in your mouth, the more it’ll smell. But tonsil stones can cause other discomforts such as a sore throat enough to have difficulty swallowing, pain in the ear, ongoing cough, and as mentioned before, an irritating feeling that something is stuck in your throat. Of course, it often causes the tonsils to become inflamed as well.

How to prevent tonsil stones

Now that we know what causes tonsil stones, it should be easier to prevent them right? Well, not quite. Some things can’t be avoided such as being born with larger tonsils or chronic tonsillitis or chronic sinus problems. So, there are several ways to keep tonsil stones from making their home in your mouth. There’s always the most common advice which is drink lots of water to keep your body healthy and hydrated and don’t smoke. But practicing good oral hygiene is probably the best thing you can do for your mouth. If you clean off the bacteria from the back of your tongue, it’ll keep it from building up in your tonsils.

While tonsil stones are for the most part harmless, they can cause bad breath and discomfort, so who wouldn’t want them gone? The best part is, there are ways to get rid of them at home.

One of the most popular ways to get rid of tonsil stones is to gargle salt water. By mixing ½ teaspoon salt in 8 ounces warm water (until the salt dissolves), it creates a great way to sooth sore throats and could help loosen the stones. Gargling salt water could also help with the bad odor.

While coughing is actually a sign of having tonsil stones because your body is actively trying to get rid of the foreign object blocking your tonsils, it’s also a way to help get rid of the stones. As we said, most people don’t know they have tonsil stones until they cough it out. This is because coughing helps loosen those stones up.

This is probably the sweetest way to get rid of them. By sucking on a lollipop, you’re creating a suction, which can wiggle that stone loose.

This method requires extreme caution. Your tonsils are important and delicate so it’s crucial to be as gentle as possible. Do not use anything rigid such as tweezers or a toothbrush. This method is actually pretty risky because any roughness can cause bleeding or even bigger complications like infections. Water picks or cottons swabs are the best choice.

If they become too large and start causing pain, they’ll have to be removed by your dentist through a minor surgical procedure. Some people recommend antibiotics but the side effects of the medication are often not worth the trouble for tonsil stones. If the tonsil stones become too large or if mishandled trying to be removed, they can cause infections deep inside the tonsils, causing an abscess. These could lead to surgery. It’s always better safe than sorry so if you’re not sure what to do, talk to your dentist before sticking anything in your mouth.

What are oral irrigators?

Irrigators can come in lots of forms really. Those who had their lower wisdom teeth removed will receive oral irrigator syringes from their oral surgeon during their follow-up appointment one week after their surgery. Basically, they shoot water directly on the source to keep them clean. The thin stream from the direct water gets rid of any debris and bacteria between teeth and gums. This is why a lot of people use water flossers instead of regular floss to clean their teeth. The water pressure can reach deeper in places in a way that’s safer than a brush can.

The tonsils crypts are similar to those spaces between gums and teeth where debris likes to get comfortable. This makes oral irrigators (water picks or water flossers) perfect to flush out tonsil stones. The stream of water pressure can massage around the crevices and completely dislodge those stones. The best part is, they can also prevent tonsil stones. If done regularly, they can keep those crevices clean and free of food, mucus, and bacteria. People with sensitive gag reflexes should be caution though as it may irritate it.

The home remedies can be useful but if they don’t work, oral irrigators are the best way to go if getting rid of it of it yourself is preferred. Oral irrigators are great because they get rid of the tonsil stones and prevent new ones from forming. As always, consult your dentist if you have any concerns or specific dental requirements. If you’re not sure which water floss is best for you if you have frequent tonsil stones, talk to your dentist.