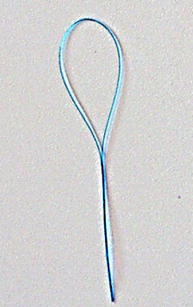 When it comes to dental care, flossing is often the forgotten friend. Whilst we all know we should brush our teeth twice a day, flossing is often neglected.  And this is despite the fact that there are a huge number of benefits of flossing. Put simply, brushing alone does not clean the spaces between teeth.  As a result, food and saliva cause a buildup of plaque in those forgotten spaces.  Sounds grim, right? But it gets worse. Just having that built-up plaque can lead to tooth decay and inflamed gums (also known as gingivitis, or gum disease) – which is where flossing comes to the rescue.

Dental professionals recommend flossing from the age of twelve, but don’t answer the age-old question: when should you floss? Floss before or after brushing? Even professionals weighing in on the matter can’t seem to agree. This article is here to help.

Floss before or after brushing? If you’re using string floss, it really doesn’t matter. The important thing is that you are flossing and brushing your teeth. But if you’re using a water flosser (which are twice as effective as string floss) then it’s definitely better to floss before brushing.

“Well I prefer to floss before brushing. Is that okay?”

Indeed, it is. In fact, it can be argued that flossing before brushing is the best way to go.

Why?  Because flossing removes a large amount of the plaque stuck between your teeth (or at least dislodges it).  This makes brushing more effective, as the bristles can brush away the dislodged plaque that they otherwise would not have reached.

Flossing first also means that surfaces that have been cleaned by flossing become more exposed to the fluoride in the toothpaste during brushing, which helps to prevent tooth decay. It also means your mouth will feel fresher.

Other experts suggest that the best reason to floss first is simply because it gets the least pleasant part of your dental hygiene routine out the way.  Doing it first avoids you putting off something that you would rather leave until later. Which of course you then probably won’t do at all. Why? Oh, because you just want to go to bed; get the chores done; leave for work; etc. etc..  And honestly, this seems to be the most persuasive argument for flossing your teeth before you whack on the toothpaste – that it simply makes the whole thing a more pleasant experience.

“But can’t I floss after brushing?”

You can! While flossing before brushing clearly has some advantages, it’s fair to say that flossing after brushing does too.

When you floss after brushing, you pick up the mess that brushing has missed, which gives your teeth and gums an extra clean (think: hoover after dustpan and brush). Flossing after brushing can also push fluoride (from your toothpaste) lingering on the teeth into those tricky gaps which might otherwise be missed.

Many people believe that flossing is a rather unpleasant activity.  That’s why they would rather brush afterwards (after all, the golden rule from childhood is “save the best ‘til last!”). However, if you’re one of those folk who actively enjoy flossing, then there’s nothing to stop you saving that part of the routine ‘til last!  The only real downside to flossing after brushing is that dislodged plaque might not be brushed away, which may mean that you have to make a point to wash it out of your mouth.

Note: water flossers are twice as effective at removing plaque than string floss (check out the best water flosser). If you’re using a water flosser, it’s important to floss before brushing your teeth. Why? For the same reason you shouldn’t rinse your mouth out immediately after brushing. Toothpaste contains fluoride which is good for your oral health. If you water floss after brushing, you will also rinse away the benefits of all the goodies added to toothpaste to protect your teeth and gums.

So, should I floss before or after brushing?

There are clearly benefits to flossing before and after brushing.  So unless you’re water flossing, there isn’t really one correct answer. Simply put, neither one completely outweighs the other and the only thing that experts consistently agree on is that flossing itself is incredibly important.

It’s up to you.  If you’re not keen on flossing, get it out of the way first.  You get to leave your mouth feeling minty fresh from your toothpaste and also avoid the ordeal of having to wash displaced plaque and food particles out of your mouth. But, if you like the idea of cleaning up once your brushing has done as much as it can, then go ahead and floss afterwards. It’s your call!